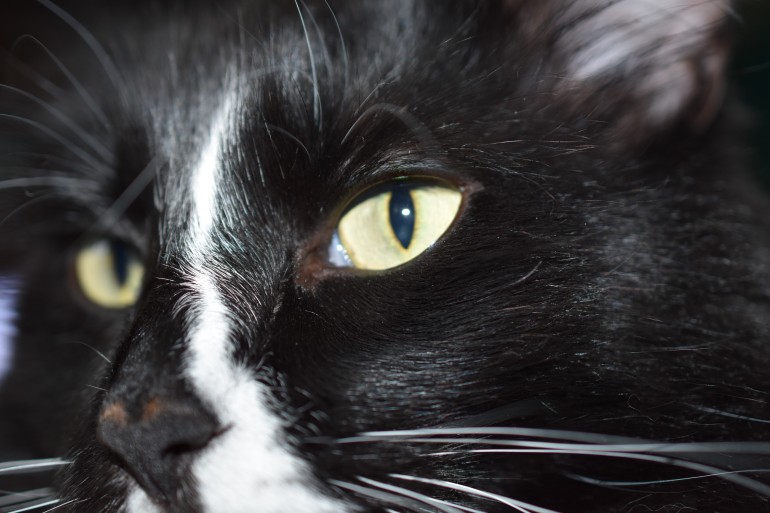 Long ago I was adopted by my Mom.  I’m going to be seven on Christmas Eve.  That’s a paw and two claws!  I’m wise……at least I think so.  Well, with the addition of this little “spitfire”, I’ve realized some very important things.

In conclusion, it’s hard being an older brother, but I’m kind of getting used to this little one.  Sometimes I have to swat him ‘cuz he’s obnoxious, but I try not to swat too hard.  I’m hoping that he’ll eventually settle down.  At least he doesn’t try to curl up with me when we’re both on Mom’s bed.  I want to cuddle with Mom…….not him!