Mom said this would be a good selfie for us to share with everyone.  We just wanted to let our readers know that we are really good friends.

I know…..isn’t it cute???  Now check out the selfies of our other friends.

I’m sure the boys are going to be upset with me but we’re not doing Caturday Art today.  There’s something else I would like to share with their readers.  All along I’ve felt that Steinbeck was a very special replacement for Shakespeare.  Of course Hemingway is just plain special!  (Can’t have any jealousy problems!)

When people have come to the house, Steinbeck has been a little scared.  He eventually warms up, but it takes a bit of time.  Shakespeare would eventually come and talk to most people and he would let them pet him but that’s all.  My sister, Marsha, is a special adult.  We always have her come home for family events, including Thanksgiving.  I had told her that Shakespeare was gone and that I had a new kitty so I was anxious to see how they reacted to each other.  She had lost her kitty about a year ago.  Scout had come from the Animal Humane Society where Marsha often volunteers.  She goes over and pets the kitties and brushes them.  That’s how she met Scout and ended up adopting her.  Of course both of mine are also from the Humane Society and Marsha talks about that all the time.  Now Steinbeck is all kitten and he has sharp claws and teeth.  I knew Marsha wouldn’t like that.  I had a long talk with Steinbeck and told him to to hurt Marsha.  I also warned Marsha.  Silly me!!! 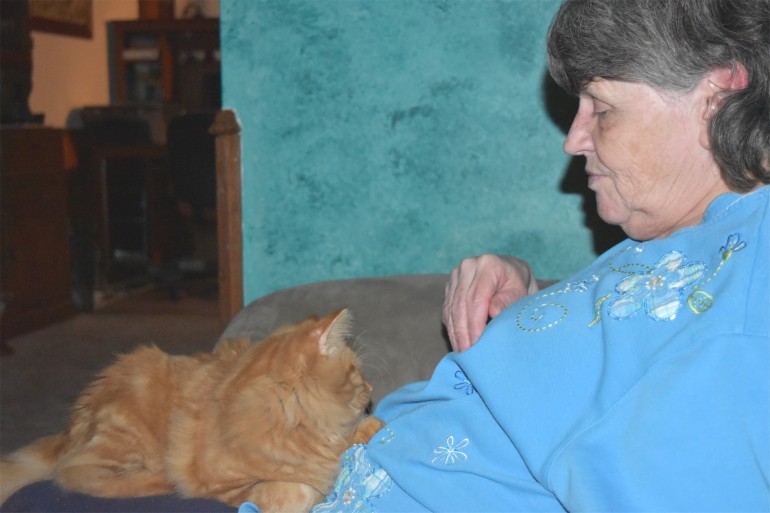 Marsha walked into the house and sat down and look who jumped up in her lap right away!  I couldn’t believe it.  Steinbeck walks all over me but he doesn’t often settle down in my lap!  Those two were buddies right away!  Marsha hadn’t been able to get close to Shakespeare like that ‘cuz Shakespeare was always very independent.  Steinbeck is different. 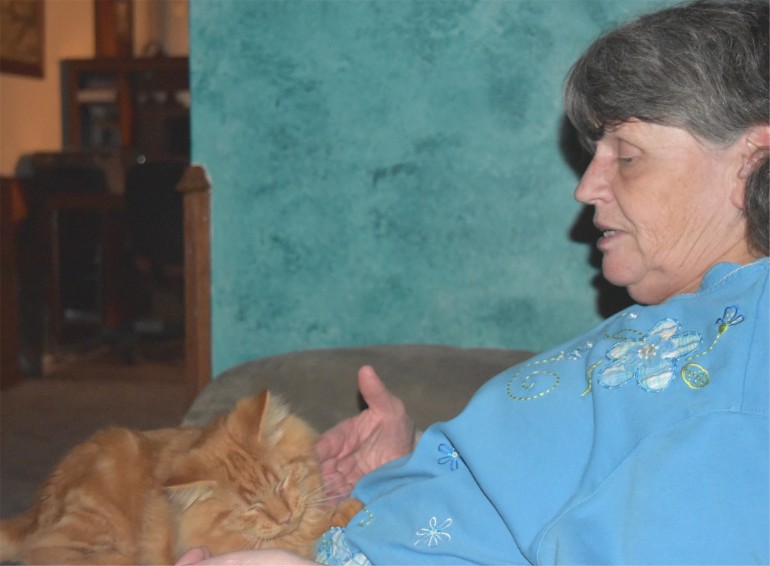 Marsha loved picking up Steinbeck and holding him and he loved it, too.  Hemingway is too heavy for Marsha to pick up so this little ball of fur was perfect for her.  She got a real dose of kitten time and it was fun watching those two.

Steinbeck adapted to Marsha instantly.  It was as if he knew she was special and that she was a gentle soul.  I’m so amazed by animals all the time, but this happened right in front of my eyes and in my home.  I’ll never forget!!!

Any of you who have little brothers are going to know what I’m talking about.  I’m really glad this being thankful thing is over.  Oh, don’t get me wrong.  Mom has taught me that we have lots of things to be thankful for and of course the most important is a family that loves us.  I do love my little brother and I’m thankful he’s part of our family, but just look what I have to put up with!! 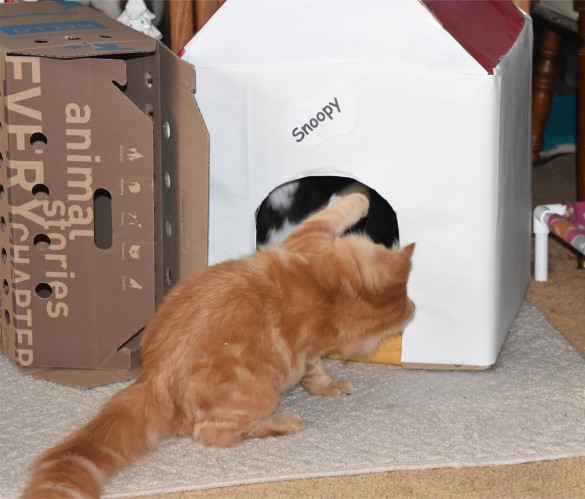 Steinbeck, stay out of here.  I’m trying to have some “me time”.

No, I don’t think you’re being cute.  Go find your toys.

I refuse to give this kid a tummy rub! 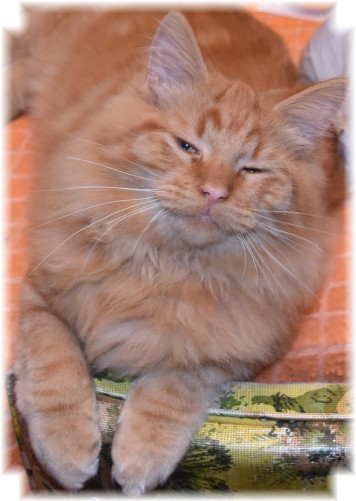 MOM!!!  I’ve been thinking and thinking and my brain is really sore.  I just can’t figure out what happened.  It started off as a normal morning and then I looked outside! 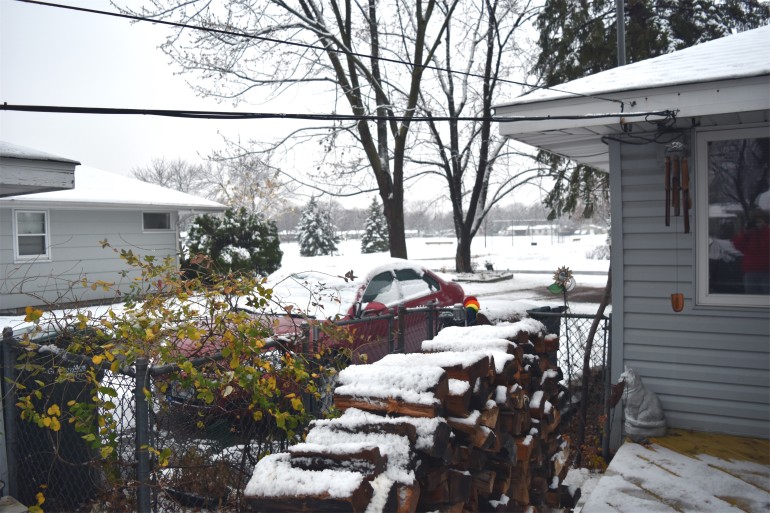 Where did all the color go?  What is all that white stuff?  Did the angels have a big pillow fight and all their pillows exploded?  Were they busy baking pumpkin pies and spilled flour everywhere?  Did Hemingway do something he wasn’t supposed to do?  Did we move?  I thought so long and hard about this that I almost made myself sick!

Mom said I could do the selfie today so here I am!

I figured I should do a Thanksgiving pose for everyone.  Don’t worry, Steinbeck will have his say later.

Check out our other friends at: 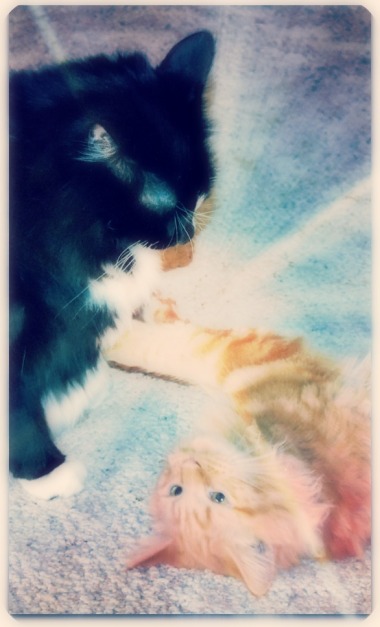 Steinbeck, I told you not to touch me.  Now look what you’ve done!

Check out the artwork of our other furry friends at: 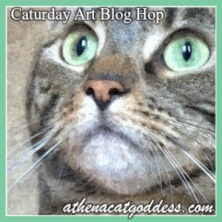 Hey Mr. Bird…..don’t look now but you’re surrounded!  We gingers outnumber you two to one.  Are you scared now?  Do you feel my paw on your head?

I’m doing the Sunday Selfie Blog Hop today so please check out my other friends.

Mom kept telling us that this was Election Day and we should go vote.  Well, if it’s today, why did she vote last Saturday?  She just went off to work this morning and said, “Bye.  Be good and don’t forget to vote.”

Mr Mouse, this was my first election day and I was scared.  I thought I would vote for the wrong thing. They shouldn’t make us young kittens vote on important stuff.  I just pray I did the right thing!  I can tell you that I voted for free catnip for all the kittens and cats in our country.  I also voted for good homes for all the fur people so nobody is hungry or cold.  Then I voted for an extra treat tonight.  🙂

Mr. Mouse, I’ve been through this before but I had to help the little one.  He was scared to put any marks on the ballot.  I think he did pretty good so he shouldn’t worry.  I voted for a little free time for myself.  I also voted for daycare for kittens so we adult cats don’t have to kittensit them all the time while our humans work.  I also voted for extra treats! 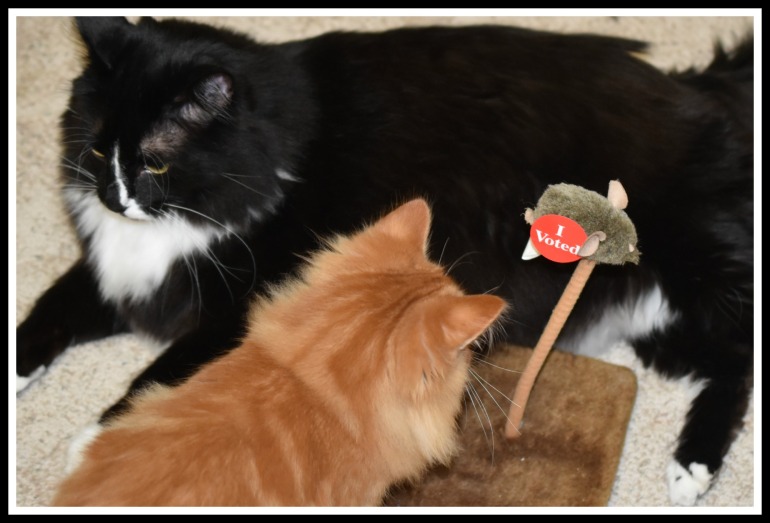 I’m just relaxing today and waiting for the football game to start.  Then I might have to hide.  Mom tends to start shouting when she gets excited or upset when watching the game.  I don’t get it so I Just let her be.  I’m guessing it’s a human thing.