That’s what Mom said this morning.

Yes, but first she thought it was Tuesday so when she finally realized she was wrong, she turned a deeper shade of blue.

Well, maybe she wanted to.

We had to spend lots of time on our own over the weekend.  I sure do get tired of taking care of my little brother.  However, Mom said it was important that she be gone lots.  You see, the church where she sings in the choir was having their 75th Anniversary.

That’s more years than any of us!

Here’s a picture she took when they were practicing. 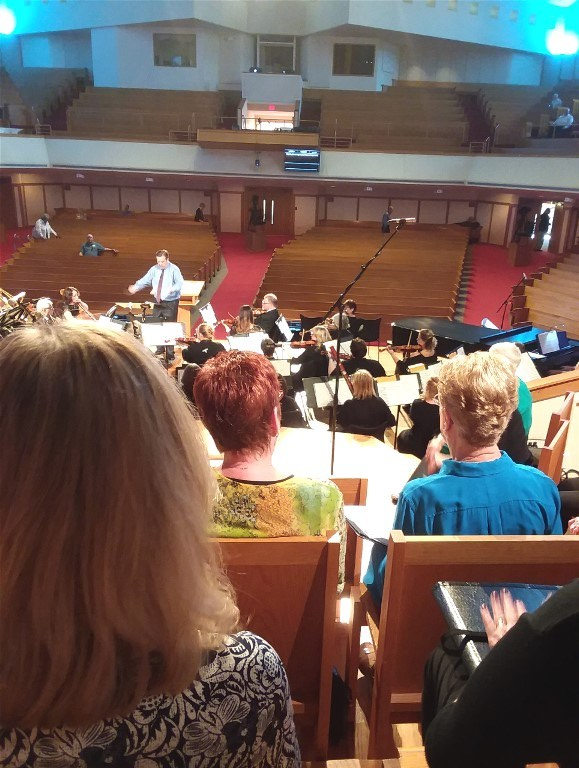 She said former choir members came to sing and there were around 125 voices singing praise to God.

I can sing the song of my people VERY loudly.

We know.  Mom said she got to see two of her former choir directors and the senior pastor who started just before she started going to that church.  She likes to tell the story of how she judged a couple of his books.  She used to do book reviews and then got on the team that did the first round of judging for the yearly writing contest.  She said that she didn’t like to look at the author’s name when she started reading the book.  However, she could tell right away when it was a book he had written.

Mom said the celebration was really great and she got to see so many people that she hadn’t seen for a long time.  She said she was very thankful that we behaved so she could be away.

Hemingway…………we have to tell the readers what happened today.

We had just finished our thirtieth nap for the day and we looked outside and it was dark.

Street lights were coming on and we thought we had slept the day away. 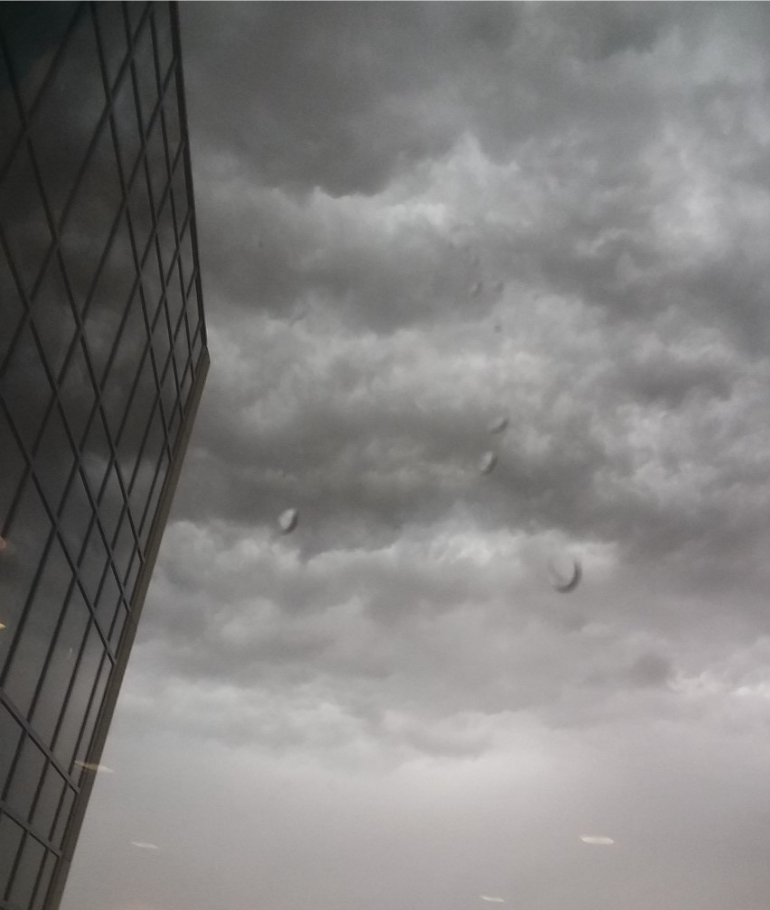 She said they were very “bumpy” clouds and it felt like they were banging into the windows.

Mom says her office is on the 8th floor so that’s taller than trees……….and much taller than me!

Mom, we stayed away from the windows to be safe.

Doesn’t look like you did that!  Do we have to have a talk with you?

So, Mom’s excitement over the weekend continued right through today.  I think she’s hoping for a nice calm Tuesday.